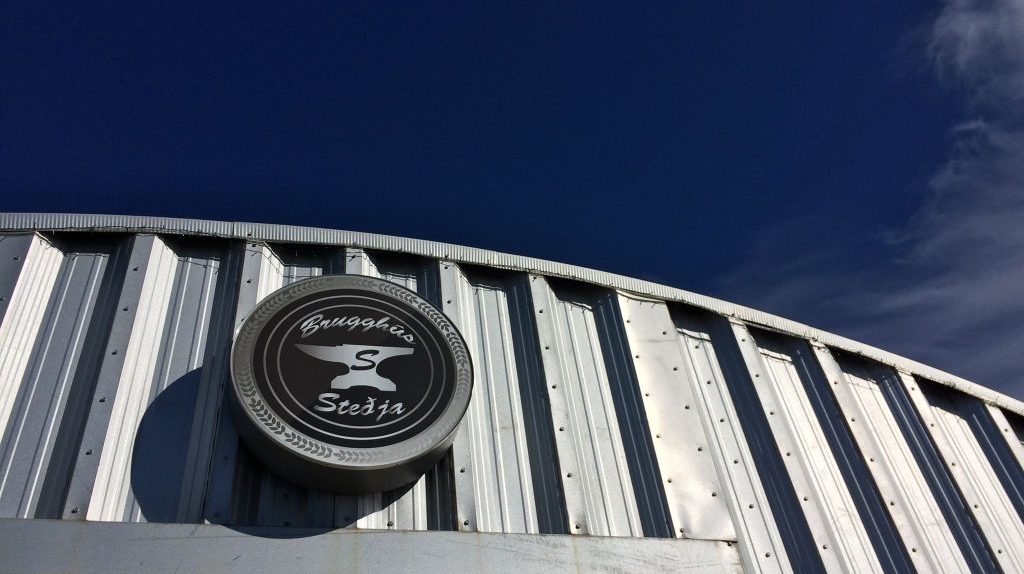 Note: This article was originally published on www.chicagobeergeeks.com

In 2016, I visited the Land of Fire and Ice and returned with tales of waterfalls, fjords, sheep, and gnomes. But, the most interesting story of all involved drinking the most controversial beer in the world: Hvalur 2.

First of all, one would think that a Nordic country like Iceland would have breweries in every city. However, the breweries they have such as Einstok and Viking do not have taprooms. And those breweries who do have taprooms close their doors after 5pm.

After arriving at Brugghús Steðja in West Iceland 30 minutes after closing time, we (my husband and I) thought we were out of luck, but owner Dabjartur Arilmusson welcomed us in with a whole range of seasonal brews, and our own private tasting of several of Steðja’s most popular beers, and some more obscure ones as well. 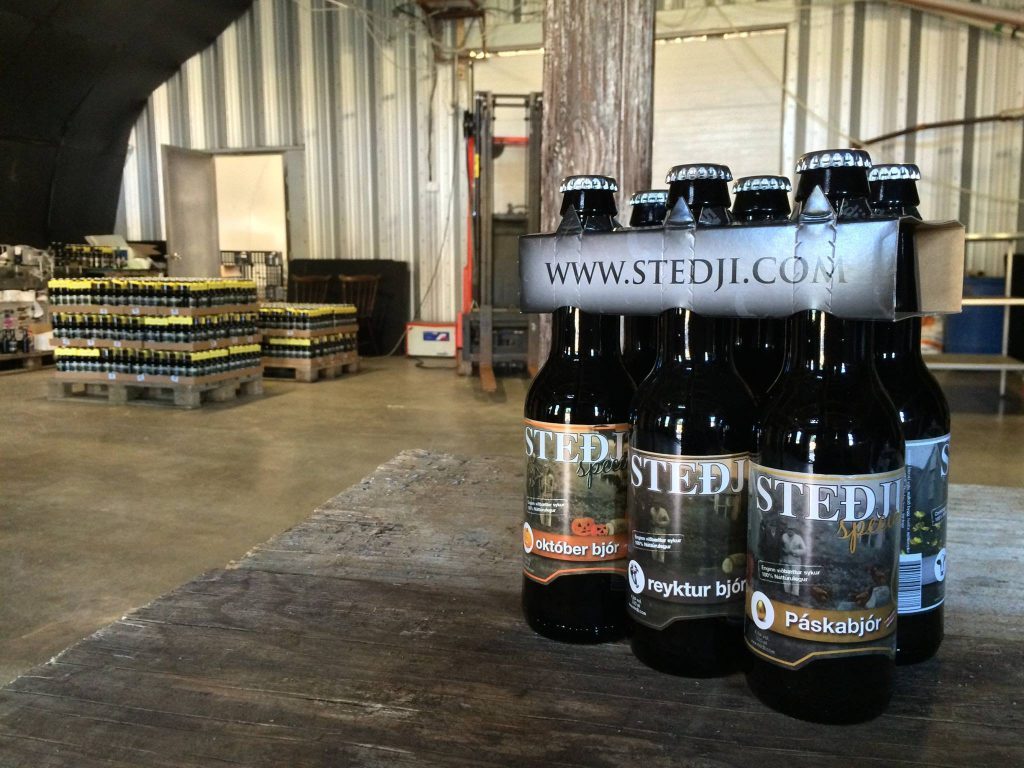 Steðja has an Easter beer with cocoa and Icelandic seaweed, where the saltiness in the seaweed brings out the chocolate flavor. They also, like many other breweries, have a summer beer with citrus hops, as well as a strawberry beer (“For the ladies,” Dabjartur explained) made with locally sourced greenhouse strawberries. Of course, they also have an October beer, a bock with Austrian pumpkin seeds. For the Icelandic winters, which are dark but magical, there is an Icelandic Northern Lights beer, which is a dark, malted beer made with licorice, Iceland’s favorite candy.

Now, we get to the focal point of the tasting. Hvalur 1 and Hvalur 2. Both these beers might be considered strange to foreigners, they are both brewed with fin whale meat.  Many food items in Iceland are made with unique animals and animal parts. Some traditional ones include sour ram’s testicles, sheep’s head, wind-dried fish, blood pudding, puffin, reindeer, soured whale fat, and fermented shark. So, including whale meat doesn’t seem like much of a departure from other traditional Icelandic foods.

Brewed for the seasonal festival honoring the gods Odin and Thor, Hvalur 2 is perhaps the most controversial beer in the world. The controversy stems from its use of fin whale testicles, smoked using the Icelandic traditional method: in dried sheep dung. Iceland doesn’t have many trees at all, so smoking food with wood is out of the question. Sheep’s dung is just as effective, and Icelandic people have been using this method of smoking meat for centuries. Back to the balls: the testicles are 7-8 kilos, or about 17 pounds in weight. Hvalur 2 calls for one testicle in each batch of beer. It’s placed right along with the hops. You can watch how this beer is made on YouTube.

Having already sampled fermented shark and survived to tell the tale, we thought that whale testicle beer wouldn’t be so bad. And, we were right. It tasted similar to a Scottish wee heavy: smokey and roasted; rich and full bodied. So far, there are no plans to have this beer available in America, due to importing laws, and perhaps even anti-whaling policies. That’s OK by me, since I’m not sure I’d drink this intense beer on the daily. Perhaps this beer is a bit “ballsy” for everyday use? 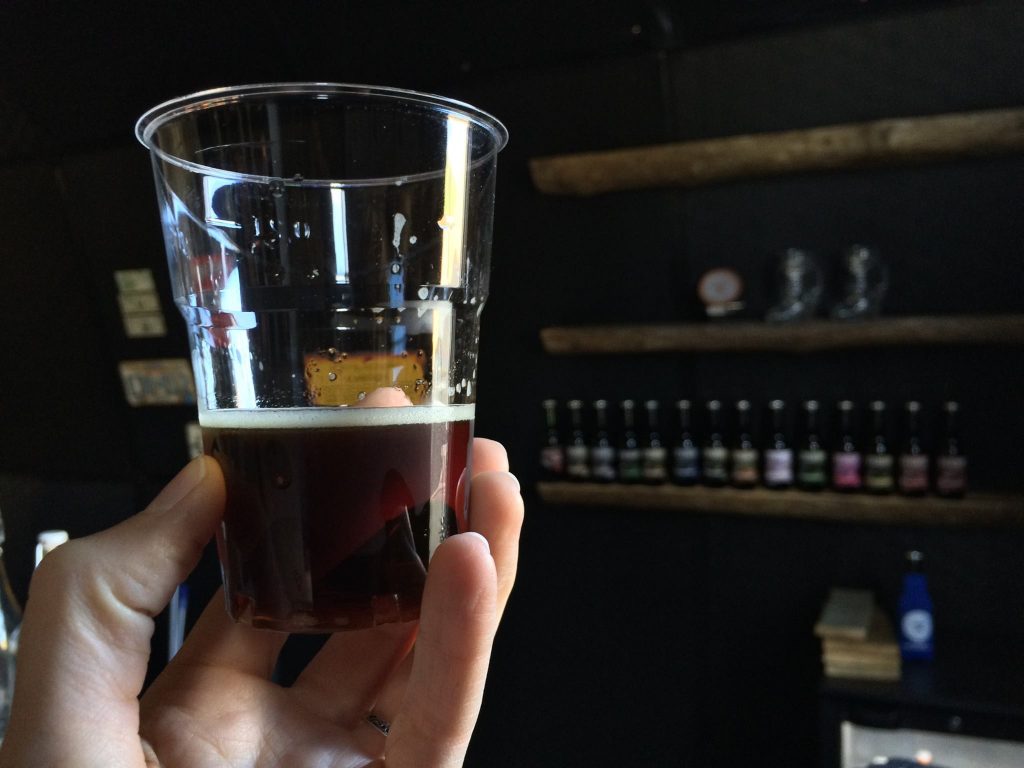