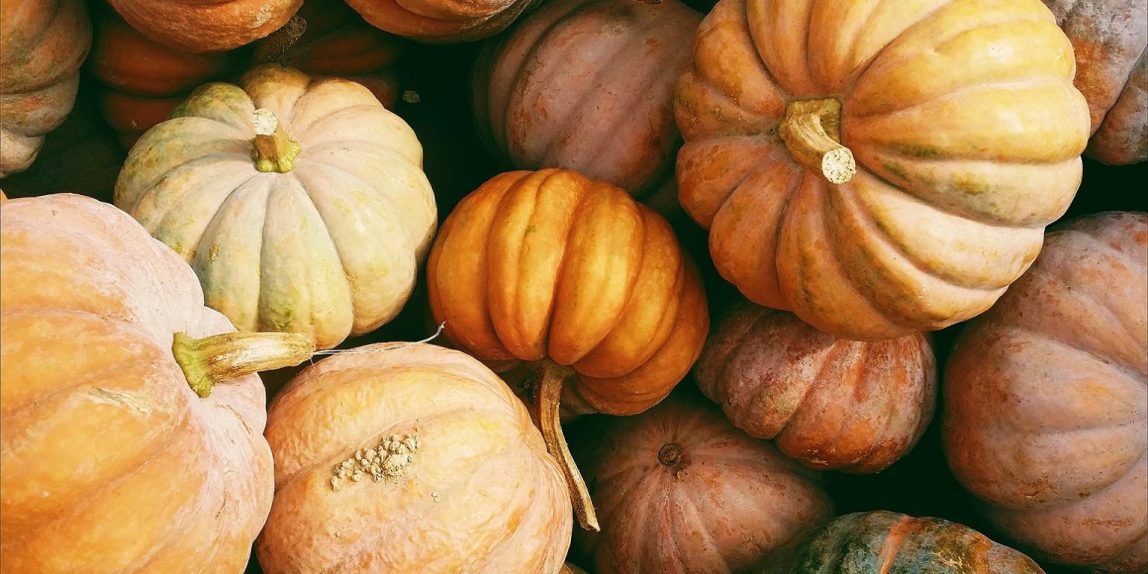 The daylight hours are dwindling, and nights are getting longer. There’s no better time of year for enjoying the crafts of the season! For this collaborative post, we discuss our favorite seasonally spiced pumpkin beers. Hopefully our thoughts can shed some warm light on the encroaching winter darkness.

While I am a BIG fan of pumpkin spice lattes from Starbucks, pumpkin bread and pumpkin scones, pumpkin beer is something that is often hit or miss. I tired a nitro pumpkin spice beer the other day and was never so glad I asked for a sample before purchasing a full glass. But, with that said, there are a few pumpkin beers that I love! The Southern Tier Pumking Imperial Ale tops my list! 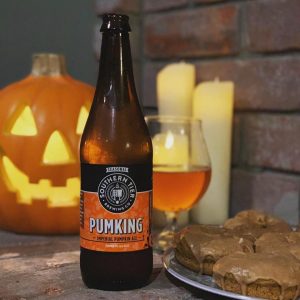 The beer is a deep copper color with the classic seasonal aromas of pumpkin, pie spices, vanilla and roasted pecans. It has a medium light body, making it an easy beer to drink more than one of without feeling full. According to Southern Tier, Pumking has flavors of Malty sweetness, vanilla, clove, allspice, cinnamon, nutmeg, pie crust. Not sure I taste the pie crust, but I do taste greatness. Is it better than the Voodoo Ranger that Ali loves? I don’t know if I would say better, but I do think it gives that pumpkin beer a run for its money.
Ali’s Favorite Pumpkin Beer: Anderson Valley’s Fall Hornin’
Yes, I’ve had quite a few pumpkin beers this season. Representative samples included New Belgium’s Voodoo Ranger Atomic Pumpkin, Shipyard’s Pumpkinhead, Dogfish Head’s Punkin, 4-Noses’s Pump Action, Southern Tier’s Pumking (both the standard & rum-barrel aged), Denver Beer’s Hey Pumpkin!, and Anderson Valley’s Fall Hornin’. I was searching for a beer that was a pumpkin beer as well as a “autumnal spiced” beer. I wanted a beer that didn’t lose its luster after a few sips. A brew that might get better with age; a beer that combined all the flavors of the season into a glass without knocking me to the floor with too much flavor. After sampling at least seven notable pumpkin beers, I found what I was looking for. Anderson Valley’s Fall Hornin’. 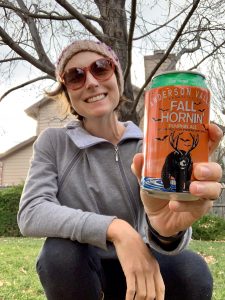 I’m not too familiar with Anderson Valley, and I am always keen to try beers I haven’t tried yet. First of all, if you haven’t notived, the artwork is hilarious. Why not feature a bear with (elk?) horns and bats flying around in the background? “Fall Hornin.'” The name alone piqued my interest. 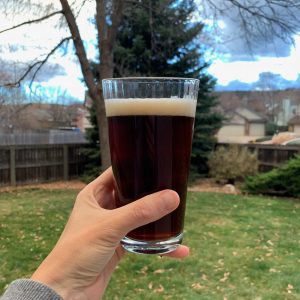 In addition to retaining a creamy head, this beer has a deep copper color, and smells of freshly baked bread and caramel. I got cinnamon and nutmeg right away from the taste, then the allspice crept slowly in, along with pumpkin and ginger. Cloves were the last thing I tasted. All very silky, creamy, finishing round and smooth. The hops were subtle and piney, conjuring thoughts of mystical forests where the bear-elk reside, of course. I feel like this beer could get better with age, so I’m definitely going to put some in the cellar for later. 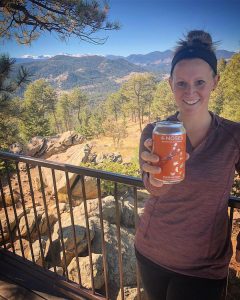 Pumpkin beer and I tend to have a love-hate relationship. Every once in a while I find one I really love; more often than not, I can do without it. This year was quite unusual. Multiple pumpkin brews won me over, and I kept gravitating towards them trying to make it feel like fall here in Denver.

Out of the handful I tried, 4 Noses Pump Action takes the cake for me. I was very hesitant to try it, after seeing comments on social media saying it was extremely spice forward. After some internal debate while staring at all my beer options, and some much needed convincing from the women at the liquor store, I took the plunge. Plus, at the end of the day, isn’t that what’s great about the really good pumpkin beers? You can taste all the spice but have a smooth finish? I actually thoroughly enjoyed how much spice was in the flavor, and found myself going back to the fridge for more. In my opinion, Pump Action is very well balanced. 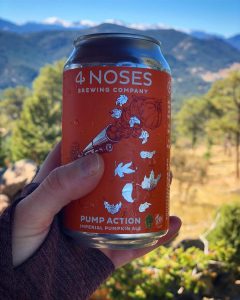 Brewed locally right outside of Denver in Broomfield, Pump Action is a light amber ale with a robust pumpkin and pumpkin pie spice flavor. You can taste hints of fall like cinnamon, nutmeg, and pumpkin pie, but it’s not too sweet. The flavor profile is just right for my tastebuds. Pump Action is easy to find in local liquor stores, and it currently brings in a 3.92 on Untappd. Its’ perfect for a fall day, or heck even when it’s 75 degrees outside on a hike. Be sure to check out Pump Action, or the many other amazing beers 4 Noses Brewing Company puts out year round. They’re just a hop, skip, and a jump outside of Denver. In addition, the brewery is dog friendly which is a huge bonus!

In closing, Lace & Lager would like to highlight our second favorite, New Belgium’s Voodoo Ranger Atomic Pumpkin. Due to its secret ingredient – habanero peppers – perhaps this “pumpkin beer” can’t be classified with standard pumpkin brew. Instead, it stands in a class all on its own. We suggest you try this one! Atomic Pumpkin Baby insists.